Saba told her sister that she is anxious about Asad’s bad behavior. She asked her mother-in-law that,if she loves someone else? Her mother-in-law has an idea that she is talking about Hira.Zaheen Tahira (Saba’s mother in law) was enormously  stunned at her question. She denies this bitter truth that he is not interested in anyone.

Hira knows that Saba is anxious about Asad’s bad behavior. She made a plan with one of her friends (Omar Bhai) make Asad envious. She had called Asad in a restaurant for the meeting. When he walks into the restaurant Hira and Omar Bhai start their fictitious acting. 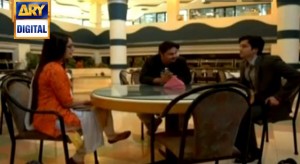 Asad’s brother praises Saba and says her we are extremely pleased from your good behavior.He  advised her  don’t mistrust Asad , as he is very sensitive.

When Asad saw that Hira is taking an interest in someone else he decided to leave her. Eventually he starts giving preference to his wife Saba. She was astonished  and exceedingly happy for this new change in Asad after a long time. She shares this good news with her sister Hira.She told her that he just started loving her. Moreover, she said that Asad saw her ex-girlfriend with another guy so he decided to leave her. 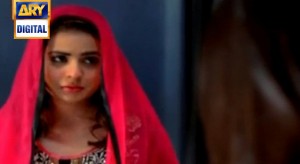 Hira sustains all this mess just for the sake of her sister’s happiness. On the other hand Hira’s father wants to marry her with his friend’s brother.

In your opinion relationship between Saba and Asad last forever?