Qazi Wajid as Siddique has five daughters Irum,Rida,Maira,Hira and Haya. They live in a big house with maid (Amma Bi) and Aunt Niggat.

Aunt and Amma Bi keeps on fighting on small issues all the time. Doubtlessly their fighting is fascinating. 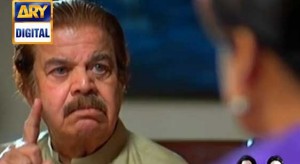 Siddique cannot sustain any false statement regarding his daughters. Irum is a university student. She has  a secret affair with her university mate. 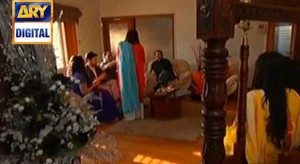 Siddique wants to marry his daughter Haya with family friend’s son Durad.  The ending of the drama was highly surprising . Well, he (Durad)  was very excited to marry Haya but when he saw Haya’s younger sister Irum he openly said I like your younger daughter Irum……. Everyone was shocked on Durad’s statement. Lets see what will happen in the next episode.