The Drama serial Maang is well written by Zoha Hasan and directed by Nain Maniar. Leading cast members are Beenish Chohan, Neelam Muneer, Zaheen Tahira, Danish Taimooor and Firdous Jamal. The drama plot itself portraits the drama is going to be one of the best drama of 2014. As the story revolves around  bond of love between sisters. Firdous Jamal as Molvi Sheab has two daughters Saba and Hira. Molvi sheab is jobless, left with little money.  Molvi Sheab’s younger daughter Hira is novel worm. She has no interest in domestic work. She gives preference to novels. On the contrast  Molvi Sheab’s elder daughter  Saba is decent girl. She is an amalgamation of good qualities as compared to her sister Hira. 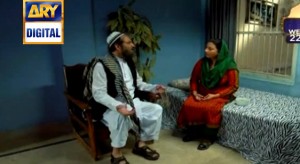 Danish Taimoor as Asad, he works in an office. He has an elder brother who is amorous and still a bachelor. Asad’s mother (Zaheen Tahira) wants her elder son to be tie in a knot as soon as possible But he (Bhai) keeps on changing girls on a weekly basis. Asad fell in love with Hira and wants to marry her. He has sent his mother to Hira’s house for the proposal. 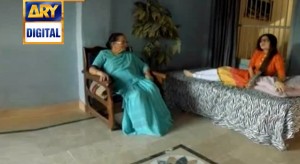 Very smartly and effectively Asad’s mother went there, asked for a glass of water and pretend to be unknown infront of Saba and Hira. She analyzes from the strange behavior of Hira that Hira is not the right choice for Asad. She was highly impressed from good behavior of Saba. She gives preference to Saba over Hira.

When Asad comes to know about all this mess he was extremely shocked that now he has to marry Saba instead of his lover Hira. Hira was waiting for  Asad’s proposal and was unaware of this shaken news that Asad’s mother is interested in Saba due to her manners. 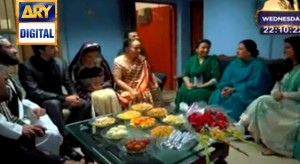 On the day of engagement when Hira saw her lover and Brother-in-law (Asad) sitting with Saba, she was traumatized at the situation.

Let's see in the next installment that  the truth of Asad and Hira affair reveled on Saba or not.