Home  »  Drama Reviews  »  Maang- Finally The Truth Has Been Revealed 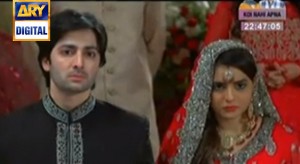 Hira was enormously stunned when she saw Asad  with her sister Saba on the day of engagement. She was  continuously weeping on the day of  wedding . Everyone had noticed her in weeping  state, but she throws a reflection towards her relatives that she is going to  miss her sister. In reality she was crying for Asad.(Her lover)

Hira went to Asad’s office in anger , mood and starts shouting at him. Asad was right that she would not be able to fetch a glass of water for an old lady. 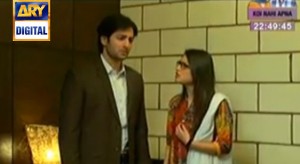 Finally the truth has been revealed , Asad had told Saba that he loves someone else. Saba was speechless at her wedding night. It is the nature of the woman that she never tolerates or shares her love with anyone. 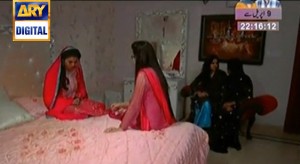 The play highlights the issues of forced marriages and their after effects.