Maira desires a complete happy family. She wants to adopt a baby, but Nabeel has shown no interest in this concern. Nabeel is only interested in Maira’s possessions and this is the major reason that why he married her because of his personal advantage.

Maira had a meeting with a lawyer on the Maira Steel project.She has recommended lawyer to give 50% shares to Nabeel, remember this is against the will of Maira’s father(late). 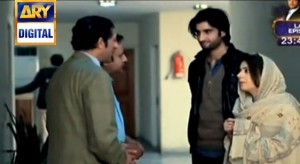 Naeem shows his courage in this Episode. He asked Dania if she had gone with Baber for shopping? Dania was speechless for a jiffy then to get rid of this mess she causally accepted that yes, she went with Baber but just to surprise Sobia with the present. So innocent  is Naeem he agrees with Dania’s statement. 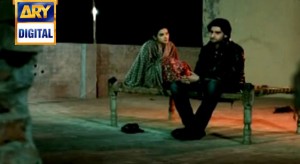 Naeem had called Sobia to discuss the  relation of Dania and Baber.She is really an innocent and honest girl. She had called Dania and told her that Naeem wants to meet him on an urgent basis as he has to discuss some serious issue with her. Dania is now in trouble,  so clever is she, she called Naeem and asked why you want to meet my pal ? If you have so much doubt on my character,  then go and ask from Baber. 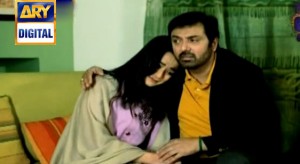 Dania’s father Qazi Sheab is in trouble due to file- case. Shah ji called off the inquiry with the help of Nabeel but it has some consequences that Qazi sheab would need to leave too. Qazi Sheab’s life savings depend on his pension and retirement fund. He is not financially stable. This is another reason that why he chooses Naeem as his Son-in-law.

In your judgment Sobia will come to know in the next installment that Dania is having a secret relationship with Baber?